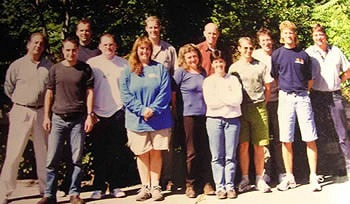 2000
The genesis for the first “International Congress on Zookeeping” (ICZ) occurred at a meeting at the AAZK conference, held in Columbus, (Ohio, U.S.A.) in 2000.

The primary objectives for holding a conference for Zoo Keepers at an international level was to promote the development and application of professional animal welfare and husbandry techniques amongst Zoo Keepers, which would in turn benefit the wild animals under their care, and contribute to the conservation of wildlife.